Bethlehem, PA Reinvents Itself from an Industry Past 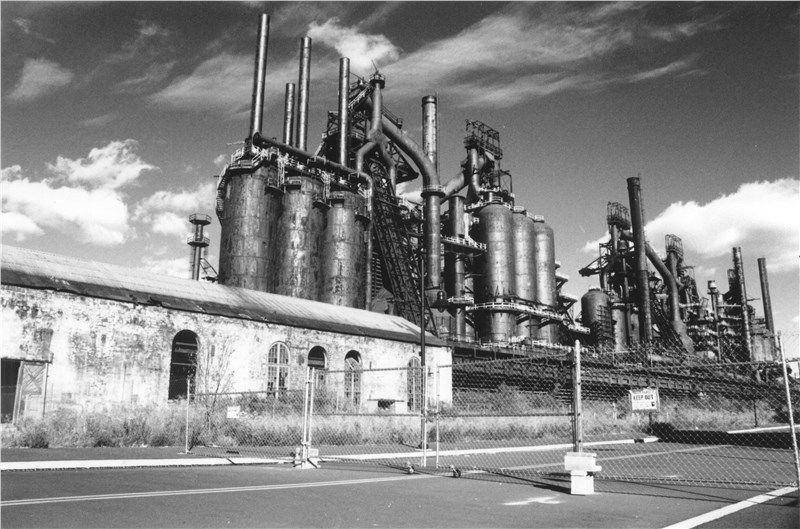 If you lived in Bethlehem in the mid 1990’s, you saw the shift from the long, proud history of The Steel City to a place where workers were out of a job and the economy of the region started to plummet. In 1995, Bethlehem Steel shut down the last of its blast furnaces and sent its remaining workers home to an uncertain future. At the heart of the town’s history and success lies the Bethlehem Steel Corporation, and it has taken the area time to recover from the hard hit that this closure had on the local region.

Like any great story, however, Bethlehem has rebuilt itself from the ashes since the 1990’s—reinventing the town as a recovering region that has a diverse economic foundation and a growing population.

The Legacy of Bethlehem as an Industrial City

Understanding the journey that Bethlehem went on to go from the #2 steel producer in America to the modern town it is today means going back over 150 years. Bethlehem Steel Corporation was founded in the mid-1800’s, and it was based out of Bethlehem, PA. A major supplier of steel through the Civil War and both World Wars, you can find Bethlehem steel in everything from the Golden Gate Bridge to naval and merchant ships from World War II.

In its heyday as a powerhouse of global manufacturing, Bethlehem Steel employed more than 31,000 workers, many of whom came from the town of Bethlehem. However, foreign competition and outsourcing took its toll on the steel giant, and Bethlehem Steel was finally forced to cease operation nearly 140 years after it opened its doors.

What Helped Bethlehem Recover its Economy?

The shut-down of the largest employer in the area resulted in high poverty levels, increased unemployment, and many residents leaving Bethlehem to find work in other cities. While it took some time, this historic town in Pennsylvania is well on its way to recovery, transforming the worn-down buildings of the past into modern, trendy shopping areas and turning the old steel mill into SteelStacks—a popular, unique venue for concerts, films, and more.

The economic slide of Bethlehem isn’t unique to the city, and countless areas across the United States were hit hard during the recession and in the following decades as manufacturing work got harder to find. What is unique, however, is Bethlehem’s ability to recover, and this area has worked hard to build its way back up to being a desirable and thriving place to live.

So, how did the city do it? When you ask Alan Berube, a researcher from the Brookings Institution that studies industrial American cities, it all comes down to Bethlehem having the four key ingredients needed to reinvent itself:

Moving Forward towards the Future in Bethlehem, PA

While it might no longer be accurate to call modern Bethlehem an industrial city, it speaks to its legacy of growing, falling, and rebuilding to become one of the most resilient of the old industrial cities that dot the region. Today, the population continues to climb with 74,000+ people living in the area, and O’Brien’s Moving & Storage has been there since 1928 to help local residents move in and out of the region.

With our long history in the area, our Bethlehem movers have seen the evolution of Bethlehem, and we live, work, and play right here in the local region. That means that our crews understand the unique needs and challenges of relocating in the area, and we can help you put together a custom moving plan that helps you easily get settled into your new home.

Whether you are moving back to Bethlehem to put down roots or you need to plan a long distance relocation to go on life’s next adventure, O’Brien’s Moving & Storage is there for you with our affordable, professional moving and storage services. Give our Bethlehem movers a call to learn more, or simply fill out our online form now to request a free quote and consultation.