Pennsylvania is known for many things—from beautiful old growth forests and rolling mountains to a historical past that dates back to the founding of our great nation. Of all the counties in PA, Bucks County has been at the heart of the history and evolution of the area. In fact, it was founded way back in 1682 by Willian Penn as one of the three original counties! From its colonial and agricultural roots to its modern-day, technology-driven economy, Bucks County perfectly blends the old with the new, and there are still many landmarks throughout the region that highlight its rich past. 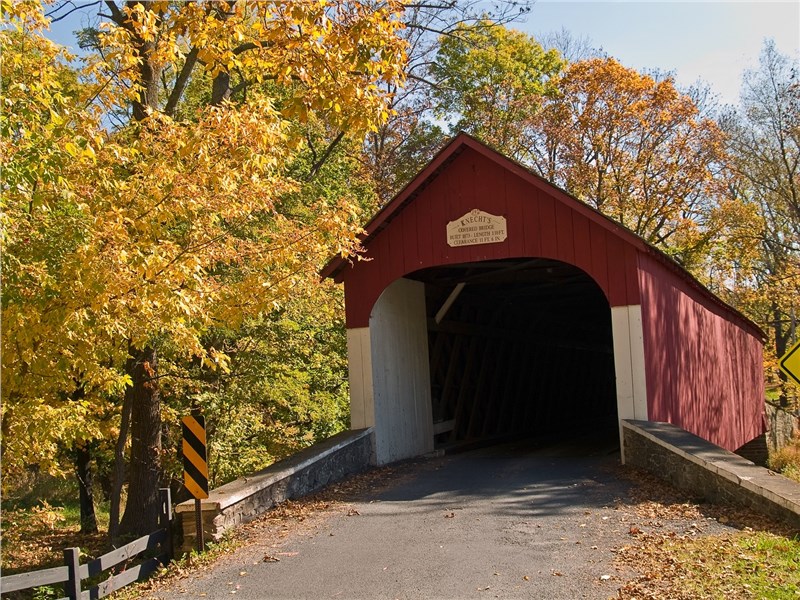 Of the many historical landmarks throughout Bucks County, there are few that offer the reprieve from the hustle of daily life like our local covered bridges. Originally built as a utilitarian tool for crossing creeks and hauling supplies across the area, the surviving covered bridges are now picturesque landmarks that offer an ideal place for picnicking, pictures, and time spent relaxing in the outdoors and connecting with the history of the region.

A Closer Look at the Bucks County Covered Bridges

Originally, Bucks County had over 50 covered bridges, but as time and the elements have taken their toll, only 12 of these original bridges remain. Over the years, many of these remaining bridges have been affected by fire, vandalism, and damage from storms and vehicles, but with the support of the local community, most of them have been restored back to their former glory.

Let’s take a closer look at a few of the region’s popular bridges that you can discover when exploring the small towns and wooded regions of Bucks County:

At O’Brien’s Moving & Storage, our local moving company may not have been around hundreds of years ago when these bridges were built, but we’ve been a part of the spirit of the Buck’s County region since 1928. Our Bucks County movers live and work in this beautiful area of PA, and the covered bridges found here are a favorite among our team and our local customers looking to make a move within the region. Whether you’re moving from one small town to the next or planning a large-scale, long-distance relocation, you can count on our moving company in Bucks County to treat you like family.

Learn more about the services we offer and all the ways that Bucks County is a wonderful place to live by contacting the team at O’Brien’s Moving & Storage today! Just give us a call or fill out our online form, and we’ll get you set up with a free, no-obligation estimate.